I associate conservatism with optimism and its synonyms—hopefulness, sanguinity, positivity, and confidence. American Jews are often associated with a gutted liberalism, but that is a caricature. A more intimate understanding of the Jewish experience connects it to an optimistic conservatism that could help secure America’s future.

I’m particularly reminded of that connection as Jews celebrate the eight days of Passover beginning Friday at sundown. Passover is the festival of freedom when Jews commemorate and re-experience the biblical story of their passage from slavery under Pharaoh in Egypt to freedom, first in the desert, then in the Land of Israel. 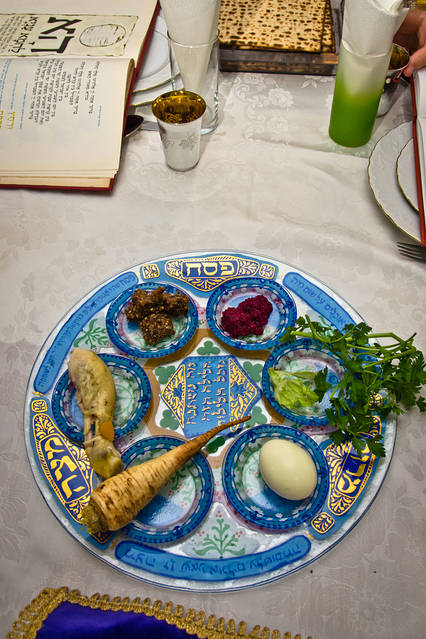 Emphasizing the importance of decentralized authority and individual responsibility, the escape from Egypt is celebrated not in the synagogue but in the home, among family and invited guests who join for the ceremony of the Seder, which means order. Following a ritual text called the Haggada, families retell the story as recounted in the Book of Exodus, and eat the unleavened bread that the Children of Israel took with them when they fled in the middle of the night.

When I took over from my mother the organization of Passover for our family what I felt most keenly was the paradox—the incongruity of it all. The cleaning and cooking preparations for Passover are so demanding that in the weeks leading up to it, obsessive-compulsive personalities come into their own. I could not get beyond these questions: If we were breaking for freedom, why these weeks of preparation? If we were recalling harsh conditions, which was it—the dry matzo and bitter herbs, or the chicken soup with matzo balls and the best meal of the year?

And that is how the association of conservatism with hopefulness began for me, and how it is further reinforced every year. Freedom was not decamping to Hawaii to become a surfer, not experimenting with drugs or with sexual conquests—not getting away from, but readying oneself for, the enjoyment of freedom. The Passover ritual of re-experiencing the Exodus helped me figure out the constituent elements of freedom that were crafted over many centuries:

First, a people is not defined by its experience of slavery, but neither does self-liberation happen once and for all. The temptation of slavery is always there, the part of us that wants to return to a stage of dependency, to the relative security of having the overseers regulating life. Those who do not reinforce the responsibilities of freedom will be returned to the house of bondage.

Second, the Passover ritual calls for humility—not to reduce our self-confidence, but rather to harness our capacities to the larger civic purpose of a free society. Friedrich Nietzsche was concerned that the Judeo-Christian tradition squelched the greatness of the emergent individual. The constitutional civilization that Passover celebrates is wary of the hubris of individuals who think themselves too good to “merely” reinforce what others have achieved before us.

One other item of Passover consolidated my conservative hope for change—the section about the relation of optimism to evil. It’s one that makes liberals queasy. “Pour Out Thy Wrath!” is a collection of verses from Psalms and Lamentations that calls on God to punish not the Jews who obey his laws but—for a change!—the evildoers who want to destroy them.

Needless to say, this section about confronting the enemy was the first part of the Passover Haggada that was eliminated by self-styled Jewish progressives, by the Bernie Sanders constituency of the Jewish people. That constituency gets very angry—but it pours out its wrath on its own people instead of on its destroyers. And let’s acknowledge that when you have no incentive for aggression, it is hard even to voice aggression.

Free people tend to focus inward on their self-improvement and have no need for an enemy, no need to imagine a malevolent Other. But a free, energetic, self-reliant people that creates and builds and innovates and does not want war is precisely the people that gets targeted by others. This is what Jews learned at tremendous cost over the centuries, and it is the most important lesson that they have to share with America.

The history of America is not the history of slavery but of slavery overcome, of having escaped from slavery into freedom. The descendants of slaves and slave-owners alike should not be trying to erase the shameful aspects of the past but to take the measure of all that has been achieved and to celebrate it with humble pride.

Culture, behavior, values and the story of America are not biologically transmitted. America’s freedoms cannot be maintained free of charge, and keeping America great means rehearsing how we got that way, repeating it formally, in the family as well in the schools and in public ceremony. There are so many occasions for a Passover experience in America—Thanksgiving, the Fourth of July, Presidents Day, Martin Luther King Day. All that has been earned and won cannot be maintained unless it is conserved and reinforced and transmitted and celebrated.

Ms. Wisse is a former professor of Yiddish and comparative literature at Harvard. This op-ed was adapted from her speech on April 16 at a student-sponsored conference at the university, “Prospectus: Emerging Ideas for New Conservative Generation.”