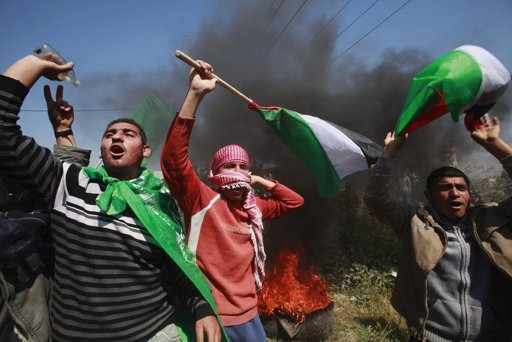 The Price of Bush’s Commitment to Palestinian Statehood

On his recent visit to the Middle East, Vice President Cheney voiced the Bush administration’s belief that a Palestinian state is “long overdue” and vowed to help make that goal a reality. Many conservatives and liberals agree with the administration that America should help fulfill the long-deferred Palestinian aspirations to statehood. The idea is that in doing so we would go a long way toward dousing the flames of Islamist terrorism.

But does U.S. backing for Palestinian statehood advance our security?

Only if you think we’re better off fostering a new terrorist state.

That may seem excessively harsh given President Bush’s mantra that Palestinians just want “the opportunity to use [their talents and] gifts to better their own lives and build a future for their children.” The Bush line we keep hearing is that the terrorists and their supporters are but a fringe element that will be marginalized under the new state, which will coexist “side by side in peace” with Israel and the Western world.

But listen to Palestinian clerics at Friday sermons, calling for violent attacks on Israel. Look at the lurid posters in the homes and shops of ordinary Palestinians, passionately glorifying “martyrs” and terrorist kingpins. Look at their coordinated digging of tunnels to smuggle in weapons and explosives. Look at the popular collusion with Islamist militants and their stream of recruits. Recall the years of ferocious attacks against Israeli towns.

If the mass of Palestinians just want peace and a better life, they would not despise and war against the only state in the region, Israel, that protects individual rights and that offers a standard of living far superior to (even the richest) Arab regimes. They would be far better off, freer and safer, if they put away their rocks, bullets and dynamite belts and sought to live and work in Israel (as some once did).

Instead, they flood the streets to protest negotiations about peaceful co-existence with Israel. Ideologically, their dominant factions are the Islamic totalitarians of Hamas and the nationalist terrorists of Fatah. These differ only in their form of dictatorship–religious or ethnic. Both promise their followers, one way or another, to wipe out Israel.

That hostility to Israel, the only free nation in the Middle East, should make any U.S. president stand firmly against the Palestinian cause. Particularly in a post-9/11 world, Washington should recognize that U.S. security is strengthened by preventing Islamist terrorists from securing another stronghold and training ground.

Given the overwhelming evidence that it would undermine U.S. security, what explains the Bush administration’s come-hell-or-high-water promise to do “everything we can” to back a Palestinian state? It is the administration’s belief that America has a duty to ease the suffering of the world’s wretched, regardless of the cost in lives to us.

That’s why, after Palestinians brought Hamas to power in a landslide, Washington responded with “compassion” for their “humanitarian” needs. Of course the United States and its European allies felt compelled to “isolate” the Hamas regime by cutting off direct aid to the Palestinian Authority. But they refused to believe the Palestinians themselves should be held responsible for how they voted, because they’re already dirt poor. This meant suspending our judgment and absolving Palestinians of culpability for choosing murderers to lead them. So, despite the embargo on aid to the Hamas-led government, in 2006 U.S. aid to Palestinians increased by 17 percent to $468 million, propping up their terrorist proto-state.

This policy’s result is to endorse, facilitate, and vitalize Palestinian aggression. We’ve seen the unleashing of a popularly supported Hamas-Hezbollah war against Israel in 2006 and ongoing attacks springing from Gaza. Al Qaeda has reportedly already set up shop alongside other jihadists in the Palestinian territories. Just imagine the mushrooming of terrorist training camps and explosives factories under a sovereign Palestinian state. Imagine how emboldened jihadists will feel operating under a regime that Washington has created and blessed.

This is the price of a policy based not on furthering U.S. security, but on undeserved pity. This is the price of willfully ignoring the vile nature of Palestinian goals, treating these hostile people as above reproach and rewarding their irrationality.

Isn’t it time we demand a policy that puts our security first?

Elan Journo is a resident fellow at the Ayn Rand Institute (http://www.aynrand.org/) in Irvine, Calif. The Institute promotes Objectivism, the philosophy of Ayn Rand–author of “Atlas Shrugged” and “The Fountainhead.” Contact the writer at media@aynrand.org. 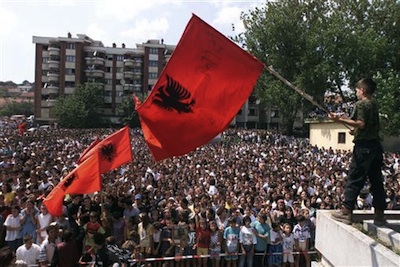 Tony Dolz wrote an article on Kosovo’s declared independence, titled “Separatist Movements Eyes are on Kosovo – Independence May Fuel Wars Worldwide”, in which he makes the assertion that allowing Kosovo to declare itself independent may have worldwide repercussions.

Kosovo insurgents declared independence from Serbia, Sunday, February 18, 2008. In Europe alone there are 23 separatist movements in the balance of renewed flare ups. Many anxious Europeans can hear in their heads war plans being made in a plethora of ethnic minority languages and accents as real as if they were present in the room.

Who hasn’t been on vacation in Spain and not worried ever so slightly about becoming an accidental victim of Basque separatist terror?

Will this recognition of separatist independence ignite a firestorm in Turkish Northern Cyprus? Are we going to see Georgia go up in flame torn by separatist violence? Will the Serbians living in Kosovo’s northern part now declare their independence and will America, which has disrespected Serbia’s territorial integrity, be forced to protect militarily the territorial integrity of the ludicrous independent Kosovo, a country that has never existed before last Sunday?

Are we prepared to risks peace and stability in Europe in order to reward ethnic Albanian Muslim terrorist’s for their takeover of Serbia’s ancestral homeland, the province of Kosovo?

Muslim Albanians civilians have burned many Christian churches, forced Serbians to flee the province and terrorized those that remained. Law enforcement by the United Nation forces have been colossally ineffective at maintaining the peace and to complicate matters the Muslim terrorists who grappled the province from Serbia were given police roles by the UN protectorate. Under UN protection the insurgents also have control of the Parliament. This is like assigning the mice to guard the cheese.

The recognition of independent Kosovo by the United States, in my opinion, was a mistake. Kosovo has always been part of Serbia, and declared its independence so that the Muslims of Kosovo could have their own Islamic state in the middle of Europe. It will not be long, I believe, before Serbian Christians find themselves having to leave Kosovo or risk their lives in a country which will not tolerate religions other than Islam.